The community (Debt, health and wellbeing.)

a refuge for community,information,support and discussion

Search
Latest topics
» HMRC and the use of Debt Collection Agencies
by DogBalls Today at 3:53 pm

» Brown all CAPS window letter with "Defendant" visible!
by flyingfish Today at 9:33 am

» credit card come back alive, HELP
by flyingfish Today at 9:21 am

» DWP and Lice Colluding
by assassin Today at 1:07 am

» Hello
by assassin Yesterday at 2:24 am

» Humberside Police unlawfully interfered with a man's right to freedom of expression by turning up at his place of work over his allegedly "transphobic" tw
by Kestrel Tue Feb 18, 2020 1:41 pm

what do you think?

what do you think?

is this BS or is there some truth, you make your mind up.

Tbh, I cannot recall the last time I heard so much BS.

The Remainers already have Plenty of "FORM" when it comes to Lying.

Society of the Spectacle
Admin

perhaps it is true, bazil faulty is a gay ! 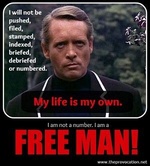 It's all nonsense. Firstly it's fronted by a national 'treasure'.
Secondly it's full, of scaremongering.
So when one digs deeper into each issue and waste ones time, one is drawn to myiad sites speaking only of the one sided view of government truth.

It's obviscation in its true sense. It will have some truths that the watcher is rewarded with to keep them watching but then turns to lies as it moves to the next piece.

I didn't watch it through as it is a brain drain.

Look at the evidence, on environmental issues alone the EU have closed Uk coal mines and outlawed coal, but doesn't Germany still burn brown coal, the worst and most polluting stuff, so much for harmonisation.
Europe have followed an agenda of removing self reliance of all member states so each state has to rely upon other states to simply survive and coal is a clear and unambigious example of this for several reasons.

Coal produced steam to produce electricity and this powered industry, coal produced town gas (for those old enough to remember it) so we would have plenty of gas in use and huge amounts stored, but it goes much further as we now import electricity from the EU supergrid, and most of our gas comes through Europe and its gas supergrid so they can close off our gas and electricity anytime they like. If this isn't taking away our independence, what is?

Lets go further, coal also used bye products such as coke to power steel making (another EU decimated industry) so we have little steel making and we have to import a lot of steel from countries such as India or China, and Chinese steel is of very poor and erratic quality that for structural work it is rarely used as it doesn't meet its specifications, in point of fact, China makes special batches of steels simply for testing purposes and have been caught doing so.

What about transport!!! coal also allows us to produce our own oils, petrol, diesel, and many industrial gases which most oils are currently used for, and in the late 1980's many miners were in discussions about having a quota of petrol or diesel in lieu of their concessionary coal; and this was petrol and diesel made from coal.

How many people are aware that the majority of components for around 1/3rd of the Uk's main drugs are derived from coal and rather than use natural products they would allow synthesised productc to be used instead, at much greater costs to the NHS (us) than they needed to be.

How about food? France with the largest agricultural input and the rest of the EU relying upon subsidies which allows the EU to dictate what our farmers grow and threaten them with removal of these subsidies, or the fact for every £1 paid into the EU for agriculture we only get back around 67% of this to our farmers, so where does the rest go. What about foods imported from outside Europe? interestingly they add an average of 22.2% to this and keep it for themselves and we pay this in additional costs from our food suppliers, ot the fact that the EU have introduced legislation from straight bananas and cucumbers or that everything must be uniform in size and shape such as tomatoes or apples, and who supplies the seeds for these crops.
Wasn't it the EU who took away our fishing rights and introduced fishing quotas and restricted fishing for our fishermen in our waters, and let other countries such as Spain and France fish our waters as they had depleted their own fish stocks, but our fishermen could waste huge quantities of fuel and fish the depleted waters of Spain or France for nothing.

Isn't every piece of EU legislation automatically ratified into all member states legislation and isn't this the reason that most countries inside the EU have seen their business overheads rocketing out of control? one example is H&S as this is now the most expensive cost to an employer, previously it was wages and salaries, but no more as H&S compliance is, the EU introduced this excessive H&S legislation.

How about our courts, lose and you take it to the EU courts so they have takem over our legal systems and this has gone on for years and who allowed this? the Labour party were the biggest ratifier of EU legislation.

Kick them out and we can go directly to our food suppliers and automatically get back 22.2% and reduce our imported food costs, we can open up coal mining and get back our self reliance and not rely on other countries such as Holland for our oils, petrol, and diesel.

Don't the EU pay the majority of our uncivil servants pensions and sick pay? so no incentive for these crooks who allegedly are our servants, to want to remain within the EU as they are looking after their own financial interests and gold plated salaries and pensions and perks. Is this the same EU who gives each MEP 300 Eoros cash in hand every day they turn up at work, or oly taxes these employees at a maximum rate of 16% for those earning over 300,000 Eoros per annum.